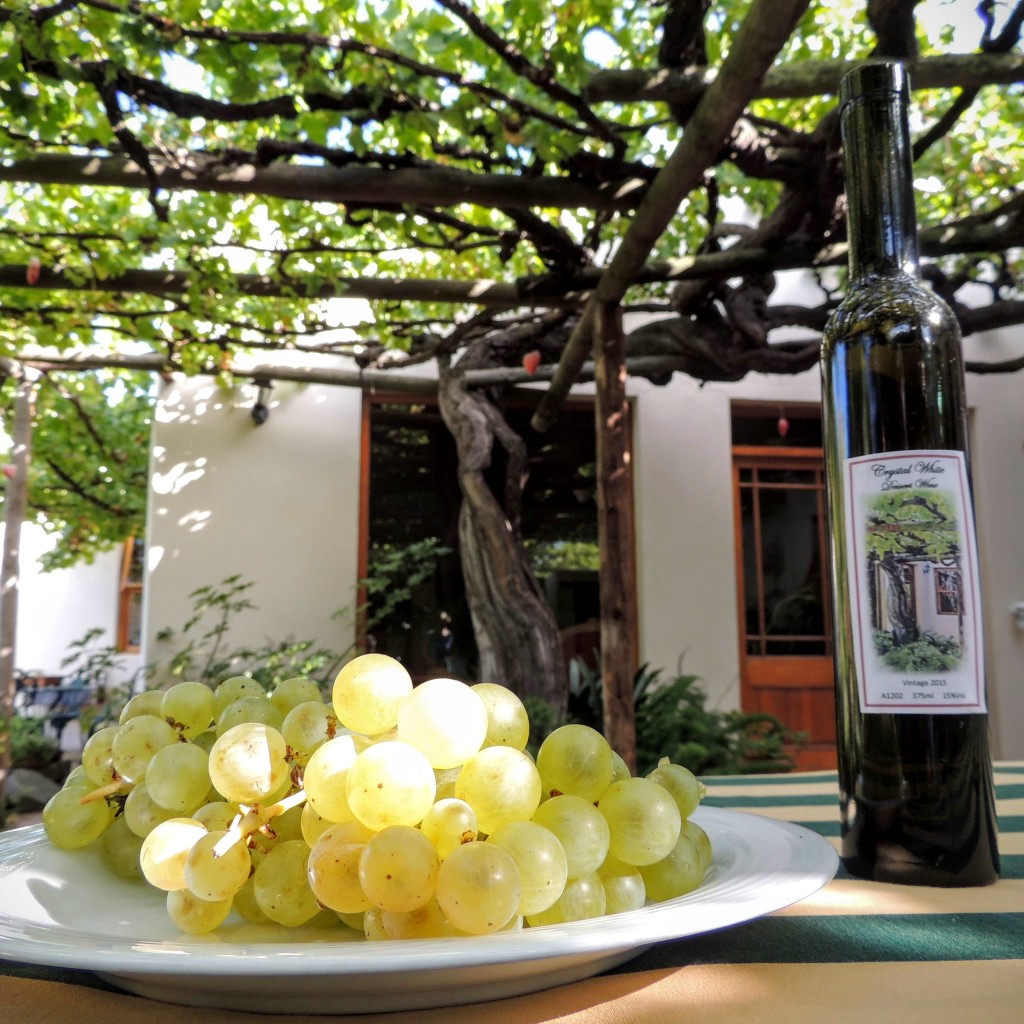 Robertson businessman Johan du Preez, in association with Windfall Wine Farm, is taking the local trend to vinifying unfamiliar varieties from old vines to a new level with what’s thought to be South Africa’s first certified bottling of Kristal, a table/eating grape harvested from a single vine that’s understood to be well over 150 years old.

The venerable plant is the centrepiece of the Du Preez family garden in the centre of Robertson, having been planted there around the town’s founding in 1853 and carefully tended through several changes of ownership.

Remarkable not only because of its enormous age, size and evident vigour, the vine is also noteworthy for having resisted phylloxera and other diseases over the decades and today standing on its original root system and trunk.

Proud custodians Johan du Preez and wife Naomi say the still-spry old timer is a real joy, providing abundant summer shade and easily bearing around 250kg of fruit, which is mostly given away to friends and family or made into jam.

It’s a tricky customer, however, being prone to rot at the mere whiff of a ripening-season damp spell. Johan and Naomi understandably avoid dousing the precious heirloom with modern chemicals – a little sulphur and crossed fingers must suffice.

However, harvest 2015 proved disease free, and particularly bountiful, enabling the couple to realise a long-held dream of making wine from what is traditionally known as a table or eating grape. This involved, among others, applying to the South African Wine & Spirit Board to re-introduce Kristal to the list of varieties approved for the production of wine. 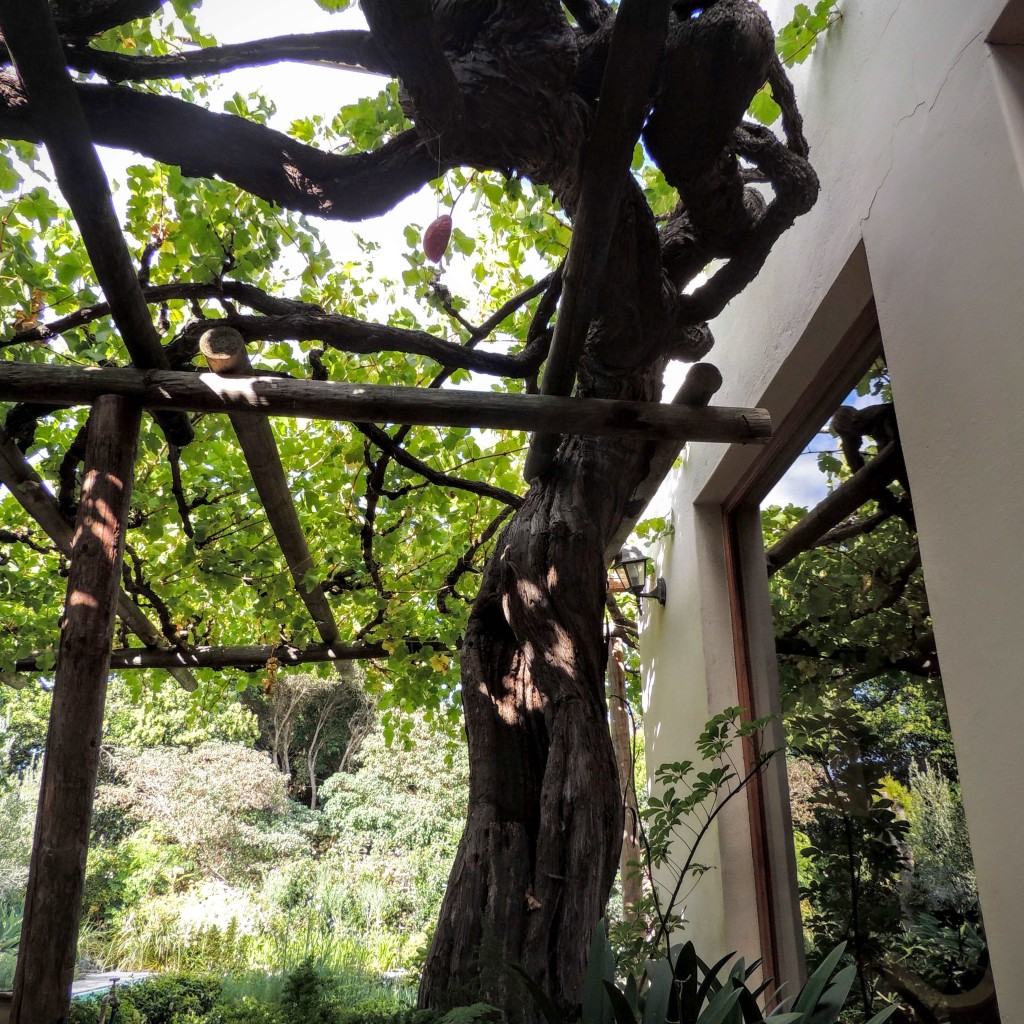 Kristal (or Crystal) was provisionally listed under the wine legislation of 1957 but removed from the schedule in 1990 due to a lack of uptake among winemakers. Disease susceptibility is one possible reason for the less than copious enthusiasm. Or perhaps local vintners “got the memo” written by Frederic T Bioletti of the Elsenburg School of Agriculture back in July 1904. In a letter to the editor of California’s Pacific Rural Press, Bioletti noted: “The Crystal is a large white grape of very fine appearance but flavourless and a poor shipper.”

In fact, the grapes kindly offered to the Platter’s team for tasting by Johan and Naomi showed plenty of flavour – not the expected muscat perfume or grapey pungency of some table grape varieties, but rather something more delicately fruity and floral.

The job of capturing this subtler flavour spectrum in bottle fell to one of Robertson’s longest-seasoned wine men, Kobus van der Merwe. Consultant winemaker at Windfall Wine Farm, Kobus decided the way to maximise the tiny volume of juice was simply to briefly macerate it on the skins and then fortify it with spirit, jerepiko style.

The result is a relatively light (15.3 alcohol by volume), not overly sweet after-dinner treat, with plenty of character and, of course, the cachet of novelty and extreme rarity. Only 400 x 375ml bottles exist (there is no 2016 vintage), and all are earmarked for auctions and other special occasions designed to raise funds for good causes. 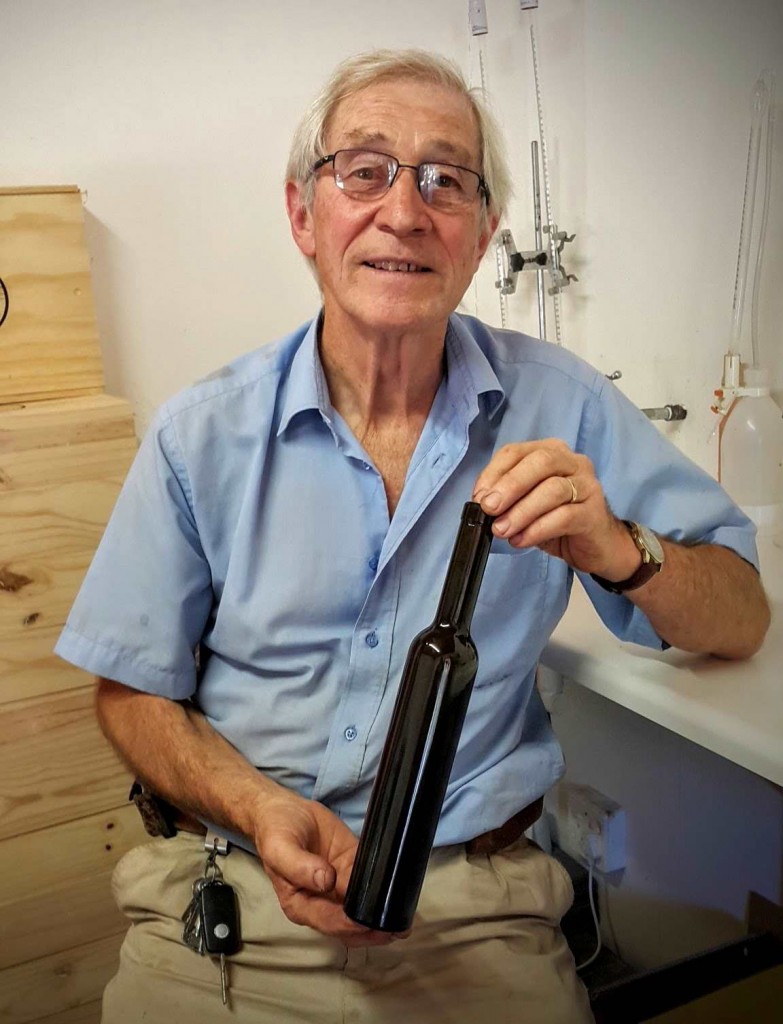 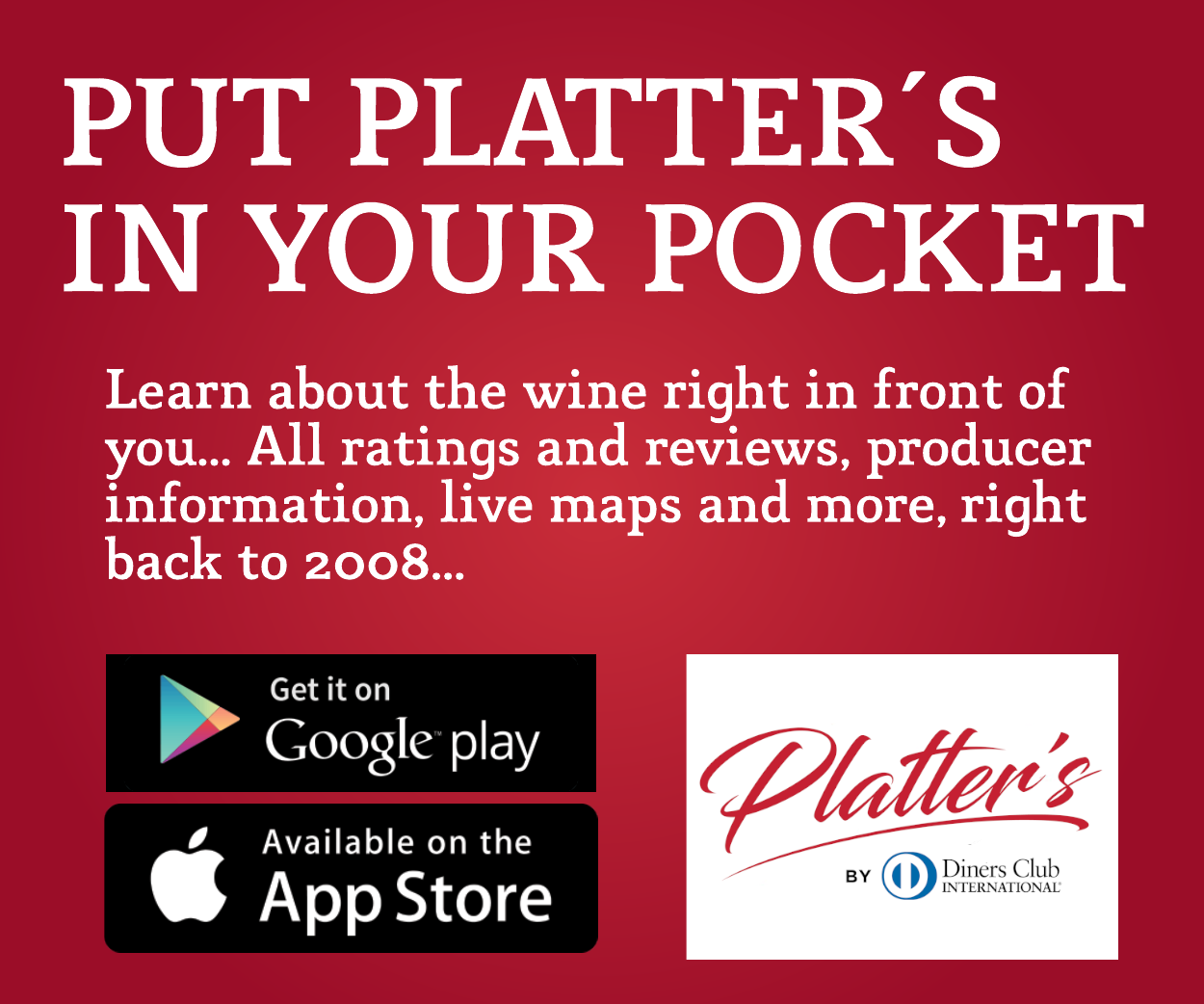